‘2084’ is a collection of specially commissioned short stories edited by George Sandison, set a century after the titular year of George Orwell’s seminal dystopian novel ‘Nineteen Eighty-Four’. Since its publication, the themes, stories and language of Orwell’s novel have become part of popular culture in ways even its farsighted author could not have imagined. Populations willingly acquiesce in self-surveillance as part of their own easily manipulated personal narratives and Room 101 – the infamous ‘worst thing in the world’ – has become a comedy show. The terrifying, omniscient Big Brother is now best known as the name of a format for exploitative reality TV, while the bleakly all-powerful state whose extremes Orwell depicted has dwindled, replaced by absurd corporate interests that are either naïve or psychopathic, not that the outcomes differ much. How, then, should we approach this unique commingling of fiction and reality?

Only one of the fifteen stories appears to be an actual sequel. In Jeff Noon’s ‘Room 149’, the hero roams an old satellite, trying to gather lost elements from the lives of people who disappeared under the regime of the original Big Brother. ‘Nineteen Eighty-Four’ is, among many other things, a love story and so too is ‘Room 149’, via a spooky quantum link that reveals the influence of the past, even when titanic forces have worked to destroy it. There is a profound sense of almost desperate regret running through this story, which is brilliantly framed by its setting on a orbital archive that has served its purpose and is about to be decommissioned. 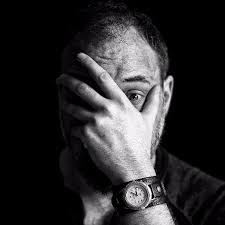 ‘Room 149’, like several of the other stories in the collection, touches on the tricky subject of determining truth. Similarly, ‘March, April, May’ by Malcolm Devlin follows the attempts of a group of social media users on a platform called The Space to work out whether or not one of their number, the entertainingly troublesome April, is dead, has signed off (‘downtimed’) or indeed if she ever existed in the first place. The story is full of well-observed virtue signalling and the Doublethink we all employ to process exposure to the endless atrocity we always turn out to be somehow complicit in. The Space implies both total freedom, but also vacuity, as the characters subtly and willingly follow the same path as Winston Smith in the Ministry of Truth, carefully retro-writing Big Brother’s speeches after he has made them so they’re more prophetic.

Cassandra Khaw looks at this political process actually taking place in ‘Degrees of Elision’ as an unnamed apparatchik edits archive footage, not to change the words so much as the mood; a recognition of the contemporary triumph of emotion over reason. The story is written like a film noir script with references to ‘reframing’, and is well-titled: ‘elision’ can mean omission or insertion. It’s a duality suited to the wholly compromised central character as he attempts to impose work processes on his personal life with markedly less success.

Transformation is a major theme in both the original novel and the short story collection. Orwell’s book famously begins with a clock striking thirteen, and there is a piercingly relevant question about whether the year events in the novel take place is really 1984 at all. Meanwhile, Winston’s hatred for Big Brother and love for Julia exchange places with the same grim inevitability as the switching of Oceania’s alliance with Eurasia to Eastasia (and back again). 2 + 2 = 5 because, as O’Brien says, “We control the laws of Nature”.

Many of the stories in ‘2084’ involve nature and control, or lack, thereof and the transformations that result. Desirina Boskovich’s ‘Here Comes the Flood’ combines contemporary themes of climate change, refugees and generational hatred with a post-Orwellian reality TV justice system. A family lives in a leaky city that is slowly failing to stop catastrophic water ingress following the expected huge rise in sea levels. Displaced persons (DisPers) from outside the city wage a drearily familiar war of terrorist attrition, while the old guard (millennials from our time) lament the days when you could just shoot them. The city determines the right to breed according to a lottery, a similar luck-based system that lies behind what passes for jurisprudence when Gran is summoned to a televised court hearing for failing to prevent humanity’s current predicament. This trial, at once very funny and steeped in despair, uses as evidence images from the past, aka the ‘deep web’. These show Gran as a young woman in 2017 or thereabouts conspicuously consuming the goods whose production has so depleted the Earth. It’s this last element, in which data is presented as a kind of geology, that related this story to many of the others, particularly “Room 149’ and ‘March April May’. Here though it’s the meaning and emotion linked to the images that has changed, from joy at the time to guilt in the future. 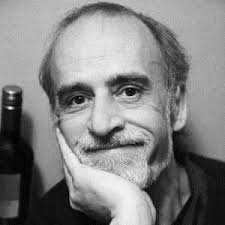 Refugees and the theme of transformation inform Dave Hutchinson’s ‘Babylon’. ‘Babylon’ shares with ‘Here Comes the Flood’ the idea of a first world continental fortress against those desperate to escape the predations of climate change and resulting poverty. Its hero, Da’uud, hails from ‘War-torn Somalia, where even the populace could not be certain, from year to year, who was running things, or if things were even being run at all.’ ‘Babylon’ follows Da’uud’s journey and that of the technology he uses to gain access to Fortress Europe. I won’t give the twist of how he does this away; suffice to say that appearance and reality change places in a manner that gives literal credence to O’Brien’s claim to controlling the laws of Nature. It also has in common with ‘Nineteen Eighty-Four’ the aspect of a subversive political thriller, although with a more ambiguous ending. Da’uud may not be destroyed in as obvious a way as Winston Smith, but is he still Da’uud? 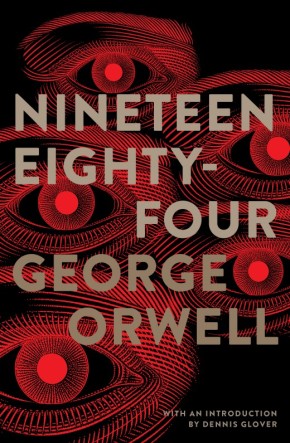