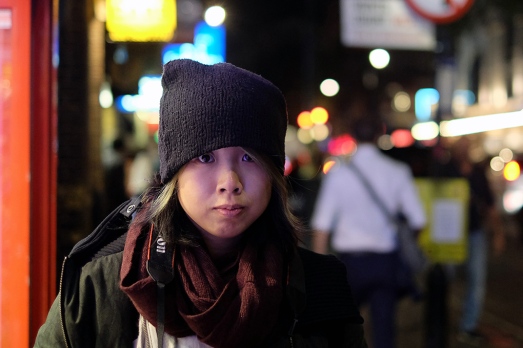 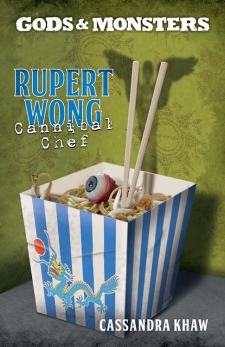 I’d like this to be a TV show just to hear kids saying, “Did you see ‘Rupert Wong, Cannibal Chef’ last night?”. Then again, given that this unusual and gripping novella starts with the arguments of a gang of undead babies for starting their own union it’s unlikely to be on before the 9pm watershed anyway.
Until this book, part of Abaddon’s ‘Gods and Monsters’ series, I had only read Cassandra Khaw’s short fiction and been struck by her extraordinary ability with rhythmic, poetic language that seemed familiar and universal despite inhabiting a culture that seems partly Asian but is probably as much the author’s own creation. ‘Rupert Wong’ achieves those effects and more, with a turbo-charged narrative in which the titular Wong, who is not just a chef but a kind of bagman cum agent for the various Gods and Monsters of the series’ title, is engaged by the Dragon King to find his daughter’s killer. Cassandra Khaw does disdainful power very well and it is a credit to her characterisation that I found myself caring whether Rupert succeeded for reasons other than his survival.
Rupert Wong’s own family life is a combination of the ordinary and ghoulish. His partner is a beautiful zombie and the child she was pregnant with when she was murdered a tiny, violent succubus called George who is actually kind of cute in a fittingly twisted sort of way. The novella humanises the unknowable and unspeakable while all the time keeping the reader on edge with sheer visceral invention.
Its pace, cynical tone and neon-lit capital setting reminded me of a shorter, fleshier version of ‘Neuromancer’ only with Kuala Lumper instead of Tokyo and black magic instead of computer code. In each case the protagonist is swept along in a tide of otherworldly insanity that is barely within his control or understanding. There are enough twists to satisfy a thriller fan as well as a horror reader and if that’s not enough ‘Rupert Wong, Cannibal Chef’ is also very funny.
The protagonist is almost completely compromised but what sustains our empathy is his calm response to the outrageous events in the story and ability to occasionally pull one over on his many tormentors. Like the author, he does not dwell on the obvious body-horror elements of the story and the wry detachment of both actually makes much of what happens both weirdly beautiful and also moving.
Despite the comparison above I haven’t read anything else quite like this novella but I’m glad I checked it out. It fits as neatly into the urban fantasy genre as it does into horror and is a step forward for both. Since Rupert takes the ill-fated job as much for his beloved as for his own survival puts it firmly in the romance camp as well. That the object of Rupert’s love is already dead and doomed does not detract from the tension at all. Cutting edge stuff in a ghoulishly delectable number of ways.