Here are some black science fiction and fantasy authors who have influenced me with their wisdom, generosity, inventiveness, and a calm in dealing with cretins online that I do not have – perhaps because as a middle class white Englishman I do not have to. If you haven’t already, please buy, enjoy and then review these books. 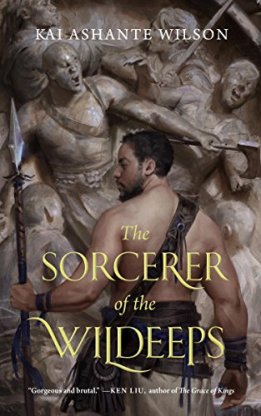 One of my favourite fantasy books ever is The Sorcerer of the Wildeeps by Kai Ashante Wilson. It’s actually a novella, and so packed full of incident, romance (between two chaps I might add), and that feeling of awe one gets when engaged in a proper fantasy story that you will actually feel spoiled by reading it. For example, the titular wizard is a magical sabre-toothed tiger with a nice line in sneering. Yeah, it’s that cool. The two guys whose stories we follow are torn between duty and love as they negotiate a fascinating but often terrifying journey.

Buy The Sorcerer of the Wildeeps here 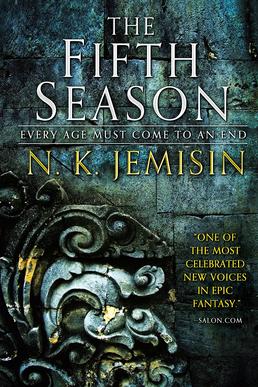 The Fifth Season by NK Jemisin. NK Jemisin is the author who won the Hugo Award after being called racist names by neo-nazis who named themselves something else that I will not repeat here. There were so many things wrong with that situation. One of them is that the book was associated with that idiocy rather than now good it is. This is such a big-hearted novel, with a cheeky, conspiratorial tone unlike anyone else’s. Technically science fantasy (it takes place in the far future), it does something brilliant and unexpected with the traditional fantasy structure. Twisty as hell, it’s also heartbreaking. Jemisin went on to win the Hugo a total of three times – the only author to have done so. 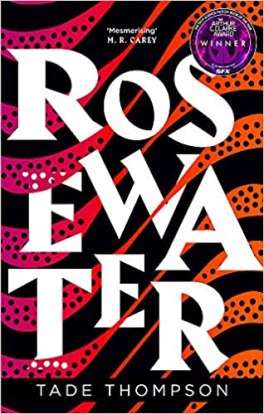 Rosewater by Tade Thompson. Few books deal with an alien entity as convincingly, scarily and unpredictably as this one. Brutally honest about the hero’s flaws (he is a psychic James Bond figure, but don’t let that fool you), it uses his disintegrating psyche to explore a landscape both familiar and strange. There are haunting sequences set in Britain, where the alien first lands before buggering off to Nigeria, while the US has hidden itself from the world, and thus technically ceased to exist (the book was written before 2016. Thompson’s gift for exploring the beauties of the ambiguous makes him the most English of writers. This novel won the 2019 Arthur C Clarke Award. 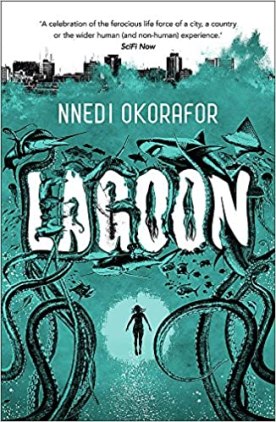 Lagoon by Nnedi Okorafor. Nnedi and NK Jemisin are often mistaken for each other because you can’t have two brilliant black female writers from different parts of the world, even though you can. There is a lovely gag at the heart of Lagoon, in which an alien entity lands in Lagos, but the place is so crazy already that to begin with no one notices. The story explores the realities of violence, tribalism, domestic abuse and the sex trade (my favourite character is a doomed but increasingly messianic sex worker) through the prism of this uncanny visitation. At once tender and humorous even as it explores different levels of conflict, the book is a masterclass in the impact of understated miracles.