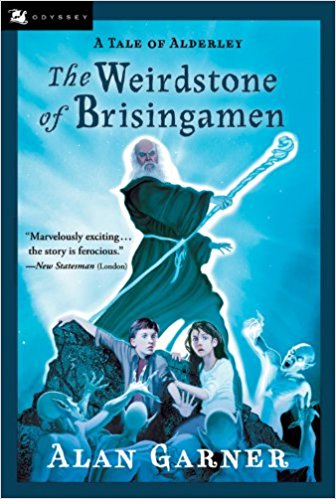 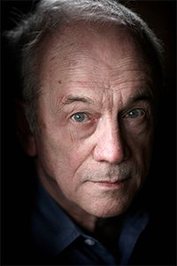 Alan Garner’s brilliantly titled 1960 fantasy takes North European tropes familiar from ‘The Lord of the Rings’ and spins them into a very English children’s fantasy. Two children, a brother and sister called Colin and Susan, are sent to stay with relatives of their mother’s when she must join their father abroad for six months.

Even for 1960, this expectation feels harsh, and adults throughout the story are not to be trusted. A local businessman turns out to be an evil warlock (and an inefficient one at that), while a woman who lives in one of the local manors is a shape-shifting witch.

There is a subtle comment on class in these depictions, much of it tied to environment. The elves, for example, have been driven from the land not by orcs but by toxic industry of the kind the warlock businessman is presumably engaged in. Even kindly farmer Gowther and his wife, Bess, who are the relatives Colin and Susan stay with, are unable to defend the children when they are caught up in a power grab orchestrated by lower-level entities like the terrifying wizard Grimnir against their master, the evil Nastrond.

The titular weirdstone is key to these machinations. In another example of adult ineffectiveness, the stone has been left with Susan by her mother, who has no idea of its power and relevance. Colin and Susan are left to stumble into a trap laid by a race of devious goblins called the svart-afar (the novel is full of inventive, resonant names like this) and only just manage to escape. The children are then pursued across a beautifully etched, but often threatening Cheshire landscape in a series of journeys that do not let up in intensity.

Fortunately, Colin and Susan have other helpers: the wizard Cadellin and two dwarves. Cadellin has guarded a sleeping army beneath the hill of Alderley in preparation for the final stand against Nastrond; an image that emphasises the timeless quality of the land and the mythical nature of the characters.

Indeed, a significant part of appeal of this novel is its detailed local geography. It is still evergreen all these years after it was written, as if the book is itself a mythical being. However, the scale is local rather than epic; when the bewildered but decent and resourceful Gowther joins the children and the dwarves, it is his knowledge of life in Macclesfield as much as any supernatural resource that guides them back to Cadellin.

The children themselves are no helpless victims either, with Susan as brave and resourceful as her older brother. There are some powerful sequences in the book, particularly a claustrophobic pursuit through a network of flooded potholes, that has the reader needing to pause for breath. Later fantasy stories for children, such as the Harry Potter series, further explored the resourcefulness engendered by abandonment via bravura sequences of dizzyingly inventive fantasy; ‘The Weirdstone of Brisingamen’ was there first.

Buy The Weirdstone of Brisingamen