The blend of human and machine goes further in Irenosen Okojie’s ‘Saudade Minus One (S-1=)’. The title reminds us of the nonsense maths of ‘Nineteen Eighty-Four’ and the story inhabits an eerie hinterland informed by the kind of reality in which 2+2 really does equal 5. Identical boys are dispatched across a region of North America that feels post-apocalyptic but could just be Alabama. A woman who seems haunted by more than just memories is expecting him, and they begin a strange, vulnerable relationship on a ranch inhabited by her stillborn children, brought back to life as cyborgs. Despite that image, this story is not horror in the ‘Fly Away, Peter’ is, although both narratives deal with maternal loss. Rather it inhabits a dreamy physical and emotional landscape that feels weird not so much because of the human/machine blend itself but because of the characters’ acceptance of, or perhaps resignation to, the status quo. 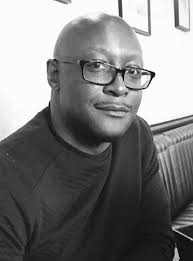 The ending of ‘Saudade Minus One (S-1=)’ brings to mind the work not just of Orwell, but of a later author who similarly blends everyday bleakness, technical innovation and penetrating foresight: Philip K Dick. Courttia Newland’s ‘Percepi’ goes further in this direction with a full-on robot uprising, although no one reading it can blame the robots because, like Orwell’s proles or immigrants in our contemporary Western societies, they do all the really awful jobs no human wants to do. ‘Percepi’, as the title implies, really messes with reality or at least our perception of it. This is a deliberately dizzying story that speeds up as it goes in the same way our culture is doing. Clever signposts like the reference to ‘Metropolis’ – a blonde female revolutionary is replaced by an identical robot – prevent the reader getting too lost, but there’s a very science fictional sense of dislocation at work. You want to say, ‘stop before it’s too late’ but, of course, it already is.

Thus we find ourselves in the deserted theme park of Aliya Whiteley’s ‘Uniquo’, which takes the ‘Big Brother as entertainment’ idea to its ridiculously logical conclusion. This story has in common with ‘Here Comes the Flood’ the theme of generational conflict. ‘Uniquo’ includes the line ‘Fear of youth is quite common among the elderly’, although significantly it’s something protagonist Sally’s psychiatrist says in a flashback. As with the chronological ambiguity of ‘Nineteen Eighty-Four’, people in this story seem to have lost touch with time. It isn’t even clear if Sally is that old; she acknowledges that age has less to do with passing years than an accumulation of knowledge that makes everything terrifying. This story has real resonance after recent political decisions by Daily Mail-reading Brexit supporters of an advanced age, who find they rather like the fascism their parents died fighting against. Like the old Uniquo rollercoaster in the ‘2084’ story, Nazism is still inexplicably popular after all these years. 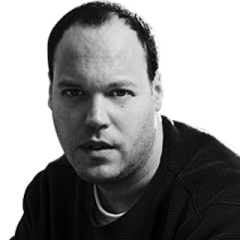 Another thing guaranteed to get your average Telegraph subscriber foaming at the mouth is lolspeak; that convenient distortion of language favoured by the young for convenience when using mobile devices. Is lolspeak a harbinger of the Newspeak of ‘Nineteen Eighty-Four’? Newspeak is Big Brother’s way of controlling not just language but the thoughts it informs, while in ‘2084 Satoshi AD’ some of the condensed lines are from Francis Ford Coppola’s film ‘Apocalypse Now’, itself adapted from the novel ‘Heart of Darkness’ by Joseph Conrad. The entire story is like this; a textual kaleidoscope of ironic references that open out into a kind of linguistic free-association. Instead of sentences compressed into words, we have entire films condensed into fragments of a story. Is this approach in any way better than Newspeak though? Well, the narrative of ‘2084 Satoshi AD’ has much in common with ‘Saudade Minus One (S-1=)’ in its blend of human and machine characters, its enigmatic, numerical title and final resolution. However, the emotional payoff of ‘2084 Satoshi AD’ is very different; like ‘The Infinite Eye’ we sense that here is a revolution that might actually work.

Christopher Priest’s ‘Shooting An Episode’ ends with a resolution that is in no way final; a sense that, as in the tonally opposite ‘Glitterati’, the point of the whole thing is merely to temporarily distract its lesser characters from some even greater horror. ‘Shooting An Episode’ takes the current TV reality Big Brother format and extends it to its logical conclusion, which is that instead of residing in a studio, cameras follow contestants around the country in ‘tours’, which always go profitably wrong. Everywhere is now the studio, with ‘players’ engaging with the drama in search of ever-greater ‘reality’, via VR headsets. The unnamed narrator is dispatched to a bleak, post-industrial town to cover a tour, and ends up in a moral quandary posed by someone who is simply more committed than her. As with many of these stories, the protagonist does her job through lack of any meaningful choice. Instead of Big Brother’s iron grip, the narrator exists in a state of ennui every bit as debilitating. Freedom is slavery, indeed; for we are all Big Brother now. Rejoice.