Cheese is strange, isn’t it? We fiddle with a cow, let what comes out go mouldy, then eat the result. Tastes great of course, but still. Anna Smith Spark, who is a quarter Chinese, made this point to put the business about Chinese people eating dogs into perspective.

She is one of those writers with a unique point of view, which seems to come from a sense of self that instinctively rejects unwelcome contemporary mores and expectations. While admirable from an artistic and moral point of view, her creative journey has not been easy.

Anna has always written stories, although her very early work eschewed Disneyesque princesses for science fiction, fantasy and horror. I imagine any unicorns included in her childhood tales would have been employed as warhorses for their skewering utility.

However, when she reached her twenties, the writing just stopped. This change was not a conscious decision or even something Anna wanted. Nonetheless it got so bad she couldn’t even go into bookshops – a condition I cannot imagine – and developed a weird antagonism to contemporary female SFF authors, as if they occupied a creative realm Anna was painfully excluded from. Fortunately, existing or established writers like JRR Tolkien or George Eliot existed outside this field of psychic torment, so Anna did manage to read something.

The process of writing ‘The Court of Broken Knives’ began with reading ‘The Name of the Wind’ by Patrick Rothfuss. Anna got through this hefty tome in two days, thought it was the most amazing thing she’d ever read, then read it again and got a sense that her version of the book would be very different.

‘The Court of Broken Knives’ is unusual in that female fantasy/historical authors often concentrate on courtly politics. Anna is not without experience in this area; she has worked behind the scenes along the actual corridors of power in the Whitehall Civil Service and managed at least one bill through Parliament.

However, while she adores Hillary Mantel another influence is the US crime thriller writer James Ellroy. Ellroy wrote ‘LA Confidential’, which is even harsher than the film, while its precursor in the LA Quartet, ‘The Big Nowhere’ is so visceral it’s one of the few novels where you can almost taste the blood. Anna was drawn to the violence of Ellroy’s world, as well as to  its extreme style; the quartet’s final novel, ‘White Jazz’, eschews conventional sentence structure almost completely. 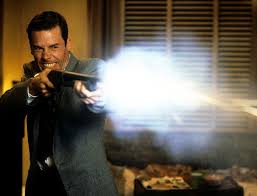 Anna devoured these novels as a teenager along with books by David Gemmell and Gene Wolfe, all the while playing and obsessing over ‘Dungeons & Dragons’. The latter influence continued into university, where Anna studied classical history and languages. She would read ‘The Iliad’ by day and play D&D after hours, muttering plots about the High Priestess of the Nameless Gods to herself at goth nights. 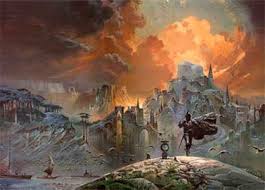 This heady blend suited an imagination informed by her father’s love of fantasy fiction (he read her ‘The Hobbit’ and ‘Beowulf’) as well as her brother’s involvement in Games Workshop.

Anna’s tormented soul was drawn to the darker end of the genre spectrum. Such was the sinister cool of the Ringwraiths and the glorious evil of Team Sauron it was a mystery to her why anyone wouldn’t want to be on their side.

Creating grimdark fiction of her own seemed inevitable, but like all publishing journeys, this one was not without its twists. In addition to the strange block that stopped her writing at all, she feared composing the fight scenes she is now best known for. Anna’s physical dyspraxia means her sword and archery skills will forever ‘need work’, while too much technical narrative would obscure her true interest in warfare, which is how seductive it is. 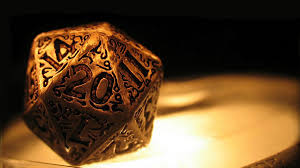 Anna began writing the novel one evening and the story simply began to happen. It helped that by this time she had read a phenomenal amount of history and mythology, from antiquity to the tales in folk music, all of which she blended into the stories she told herself. Within that creative safe zone, she could consider the role of characters in ‘The Lord of the Rings’ like Shelob, who has moved so far beyond notions of good and evil as to become the embodiment of a whole new dark philosophy.

The need to move ‘beyond’ both morally and narratively lies behind Anna’s choice to avoid conventional world building and the creation of an all-encompassing magic system. The latter decision bucks a trend exemplified by fantasy writers like Brandon Sanderson, which Anna counters with the assertion that at no time in classical mythology is the magic ever explained. She prefers characters like Mrs Coulter in ‘His Dark Materials’ who is simply possessed of an uncanny charisma that enables her engagement with otherworldly forces. For Anna, the fascination comes from this ambiguity and its attendant weirdness. 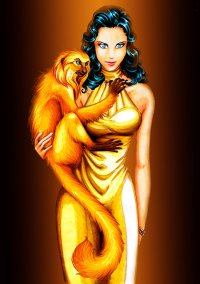 There is a political element to this creative position. In Tolkien, race isn’t explored in a modern way; in Ursula Le Guin’s ‘Earthsea’ books, however, the protagonists are subtly revealed as being brown-skinned, while the death-worshippers are white. Telling fantasy stories in this fashion enables writers to overturn accepted racial and political norms, an evolution that becomes more important by the day. 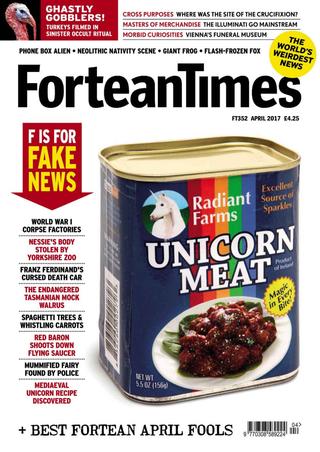