Don’t forget the nuts and bolts

How much of a problem loss of our ‘specialness’ presents depends on how future generations interact with technology. All it will take is for one generation to overlook analogue realities and pretty soon nobody will know how the technology works, rendering it ‘magical’. Add user interfaces shaped like wands and the fantasy picture is complete. That the speed of this process will increase exponentially as computers begin to program themselves is either ironic or terrifying depending on how you look at it.

Putting the future into a less daunting perspective is another reality: that the true workings of the universe, from gravity to the quintessential properties of an electron are unknowable, or at least unknown to us at the moment. Physics, then, is already magic because no one understands it. This statement is not meant to denigrate science: we know what an electron does, we simply don’t know what it is. Fantasy can help scientists, either in imagining the true nature of these mysteries or applying the forces that define them in the invention of devices like submarines and helicopters.

Theoretical science takes us even further into the unknown. Quantum entanglement is an ideal example of a proposal that makes sense when explained in simple terms: action upon one molecule will cause an identical effect on another in a different location, providing both are linked at the fundamental level. Spooky interaction at a distance in other words: also known as magic. In these terms, technology itself becomes the interface between human users and inexplicable ancient forces.

There are closer realms where imagination is vital to science, particularly where the human body is concerned. In European culture, autopsies were once illegal, while in China and Vietnam the body was regarded as a gift from one’s parents and therefore sacrosanct. In this area more than any other, there is a sense that science can be transgressive. However, healing requires demystification of the body, which is impossible without the ability to engage the imagination to rise above cultural restrictions.

Both modern fantasy and the mythologies underlying world culture are preoccupied with alterations to the human form, from regeneration to werewolves. A fantasy element in science fiction takes these mores even further, with technology being used to change gender and species.

The flip side of all these rich narratives is unrealistic expectation. We have great phones for example, but no moon base. On a more prosaic level, one member of the panel suffers from poor eyesight; why can’t science just damn well cure it? Fantasy shows what people want from science and technology: refracting contemporary wish fulfilment through timeless tropes and characters. Fantasy’s close genre relative science fiction shows what is more likely to happen, if indeed the outcome is plausible at all. 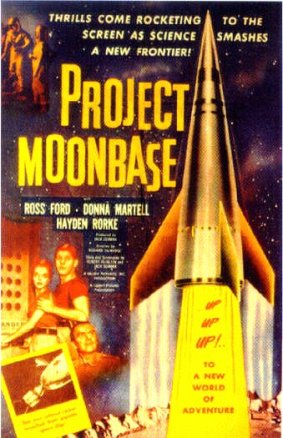 This creative extrapolation employs the convenience of scientific vigour in a fantastical way: using science as magic. The genres of SF and fantasy therefore have more in common than fans of either are often prepared to admit. When fantasy science fiction shows like ‘Star Trek’ go on to inspire real-life science (mobile phones again), the relationship between science and fantasy becomes even clearer.